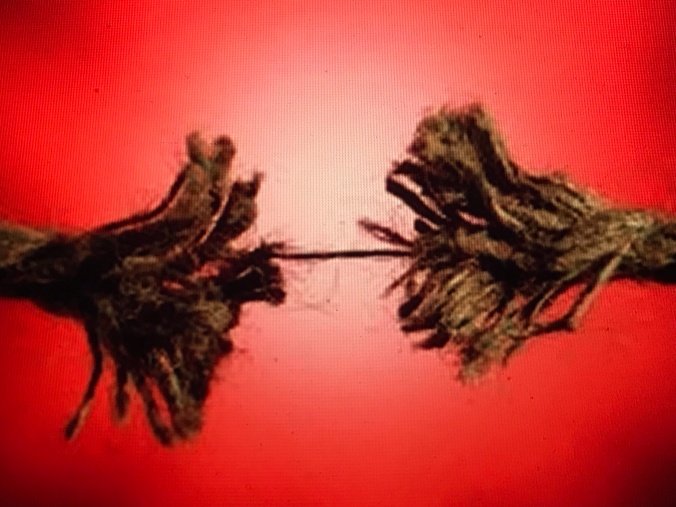 It’s Sunday and this is the day my husband shops for food, and prepares for the week ahead.

It’s been a bad weekend. The news is all bad and there’s been another mass shooting. This time in the Texas.

I’m safe and warm in my home while my brain is busy slowly (or not so slowly) atrophying.

My husband/caregiver has been trying to cope, and is wearing thin. We fought last night. There was hardly any food in the fridge. I generally forget to eat, have no appetite a good deal of the time, but I was surprisingly hungry.  Last night, I went to the fridge looking for something else to eat,  when he put the plate of what should have been appealing, in front of me. I made the egregious error of complaining that I wanted something else. He lost it. He threw the plate down on the granite island almost breaking it, and the food went all over the place, and he ran out of the house, slamming the door hard. Fortunately no weapons were involved, just flying rice and a steaming temper.

This is the point at which the spouse starts to think the loved one needs to be placed in assisted living or in a nursing home. He’s lonely and utterly exhausted. This is no fun for either of us. I know that wives place their husbands with the disease, but that’s usually when the spouse has become incontinent and doesn’t remember who they are anymore. I’m certainly not at that point…yet.

It’s that I can’t perform many of the instrumental activities of daily living. He and my now grown children were accustomed to me doing everything so well. Now I am 1,2,3, and 4 on the scale of impaired IADL’s (instrumental activities of daily living).  He is burned out and angry. I’ve read on the Alzconnected.org site about the many husbands who are sick of the relentless responsibilities, the loved one’s irritable behavior, the constant repetition, and they do place their wives early in the process (those who can afford the 5-20+ thousand dollars a month). Mine wouldn’t be able to afford it. I have no long term care insurance, and he would have to sell this house, which is pretty valuable. But where would he live? His choice is to suck it up…for now.

When I picture myself being placed in a home with activities like finger painting and Bingo, and a women’s hairdresser who coifs the old biddies, I really do want to croak immediately. Since this is a disease mostly the very elderly. and I’m considered older middle age, that won’t be fun at all. Unless I’m like Julie Christie in “Away From Her”, and find love with some reasonably intelligent old guy, or at least one who still knows how to use the loo and tie his shoes. A fellow whose wife has simply had enough or who is a widower. There’s always hope.

I asked my hubbie last night if he would take care of me when I need the sort of care where one has to feed their loved one with a spoon and change their soiled nappies. He said he’ll hire someone.

At this point, I can’t follow a recipe or food shop alone, and I was a gourmet cook. My coq au vin was mouth watering! I could make a Moroccan tagine from scratch, poached trout to perfection and cover it with a tasty lemon sauce, whip up a peach flambe …

I was the matriarch of the family and a pillar in my community- a professional who had style and wit and was fun to be with, or so I thought. Last I remember, before I started losing my mind, I was rewriting a draft of a great film script.  I had made films and worked with a super talented editor and had filmed abroad with some of Roman Polanski’s film crew. I taught at the same university where my neurologist presides over Alzheimer’s patients and research.

It was wishful thinking. My brain is now so tangled with fried tau that writing these sentences here requires all of the cognitive ability I have got left. I constantly have to correct words and spelling and assess whether what I’m saying is making any sense at all. Recently, I found myself typing a sentence into the center of another sentence.

As for conversation, my dementia buddies don’t seem to mind that much that I am moody and dark, as long as I stay away from the “woe is me” diatribe and I ask questions and nod in agreement. After all, they only have to deal with me once a week, for an hour on Zoom chat.

But how much can a spouse take being read to from online scientific journals about how the brain shrinks and how synapses are disrupted, which I have done incessantly since I was diagnosed? How much Scrabble can a human stand to play with their Alzheimer’s spouse? Watching me grapple for an inordinate amount of time with puzzles made for 5 year olds must be painful to witness. My relentless training with Lumosity games on my iPhone reveals that I am having trouble adding and subtracting double digit numbers now, as I watch my scores plummet. I was never a math whizz by any means, but when the 7’s table became untenable to do in my daily training of Raindrops, a game which tests the ability to perform simple arithmetic operations, I knew I was losing cognition fast.

I do read the news to have something current to talk about with my husband. He’s a news junkie and while I know Trump is president and is ruining this country, my ability to recall much else is compromised, despite reading the New York Times daily. I do remember that not only is Trump president, but the VP is Michael Richard Pence, and he’s the 48th vice president and was the governor of Indiana from 2013 – 2017.

How could anyone including an early Alzheimer’s patient not take note of the violence gripping the country, randomly? The rate of shootings and terrorist driven attacks is escalating. People are losing their minds all over, and it’s not only to neuro-degenerating diseases. People with frontal lobes that are highly functional but are otherwise mentally ill, are planning murders daily. This could be your next door neighbor. Mental illness is exploding insidiously. It must be the stress of living in an exceeding confusing, polluted and G-dless world.  Last month a demon named Stephen Paddock shot 58 people at a Las Vegas music festival, unloading a modified rifle with high capacity to “bump” shoot from 60-100 rounds.  It is considered the deadliest shooting in US history. Five days ago, a 29 year old man from Uzbekistan drove down a busy bicycle path in Manhattan and killed 8 people and injured almost a dozen, yelling “Alahu Akbar” (G-d is Great) as he fled the scene.

Today there’s been another shooting. This time 27 are dead and at least 20 injured,  in Sutherland Springs, Texas. A 26 year old man opened fire in a First Baptist Church outside San Antonio, after the Sunday sermon. Apparently he served in the US Air Force after high school and briefly taught at a summer bible school.

So…G-d bless my husband for doing a great food shopping today, leaving me meals and not letting me go hungry and for not owning a gun. G-d bless him for ordering curry from the best Indian restaurant around tonight, and for coming home after he’s had it again and again, and is at his wits end with grief, despair anger and depression. That’s pretty valiant, and while we are living a living hell of sorts, it’s not all that bad, considering what is going on, comparatively. I can still write about it, and the curry was absolutely delicious.

Mine is not your “Living Well With Alzheimer’s” story. Sorry about that, but I am trying to hang on to my humor, as dark and seemingly inane as it may appear to be.

The great late comedian, George Carlin said it with aplomb. “Inside every cynical person there is a disappointed idealist”.

I’m a disappointed idealist. I think of myself as a skeptic, a realist. I think the cynics are the people who left the gas tank on the Ford Pinto, companies that kill people and just cross them out because they can’t afford to retool. That’s a cynical position. But the saying goes, if you scratch a cynic, you find a disappointed idealist, and that’s what’s going on with me. Down deep and underneath, the flame still flickers. I wish for an idealist, utopic world but the realist in me says it’s never gonna happen because of the way they’ve structured power and money and control and the hierarchies they’ve established.

3 thoughts on “A bad weekend”